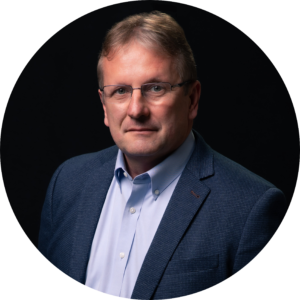 Robert “Bob” Kruse is senior vice president, product execution at Faraday Future (FF). Bob is responsible for leading the entire product development, engineering and manufacturing teams at FF. An automotive industry veteran with over 30 years of experience at GM and other consulting and start-up companies, Bob recently served as CTO at both Karma and Qoros to lead all product development and advanced technology. At Karma, Kruse lead the engineering team that launched Karma’s award-winning Revero luxury electric vehicle in 2017, and the company’s newly announced 2020 Revero GT.

Bob’s career is largely shaped by 31-years at General Motors. There, he led the team that executed the Chevrolet Volt and the development of the largest battery testing facility in North America. As a senior GM executive, Bob developed vast experience with lean engineering and manufacturing techniques, leading teams that engineered some of the most successful vehicles in the company’s history. Kruse was also the Co-Founder and Co-Director of the GM/University of Michigan Advanced Battery Coalition for Drivetrains, a partnership created to accelerate the design and testing of advanced batteries for electric vehicles.

Kruse earned a M.S. in Management from the Massachusetts Institute of Technology as a Sloan Fellow, a B.S. in Electrical Engineering from the Missouri University of Science and Technology and serves on its Engineering Advisory Board.

MBS 2022 Panelist: Now That We Are All in on BEVs, Who Makes What? Perspectives on Shifting Technologies, Roles, and Responsibilities – Part I and II