Director for the Fuels Program and the United States region 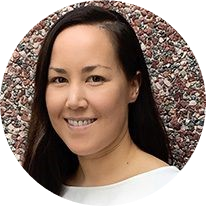 Stephanie Searle is the Director for the Fuels Program and the United States region at ICCT. She manages an international team of researchers across programs and regions. Stephanie manages all U.S. passenger vehicle work and coordinates U.S. work across all modes and programs. The fuels program focuses on low-carbon fuel policies in several countries around the world. Stephanie works on topics including electric vehicles and infrastructure, lifecycle analysis, techno-economics, and policy design across the fuels and passenger vehicle areas. Stephanie joined ICCT in 2011. She holds a Ph.D. in biology from the University of Canterbury in New Zealand and a B.A. in environmental science from Columbia University in New York.