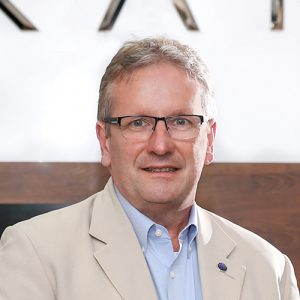 With more than four decades of accomplished start-up, engineering and executive experience, Mr. Kruse leads the engineering team that launched Karma’s award-winning Revero luxury electric vehicle in 2017, and the company’s new 2020 Revero GT, a car that’s being readied for dealer showrooms during the second half of 2019. The new Revero GT is a car that will be faster, smarter, and even more stunning in design than their predecessor, and one that’s heavily influenced by Bob’s engineering expertise.

Bob’s career is largely shaped by 31-years at General Motors. There, he led the team that executed the Chevrolet Volt and the development of largest battery testing facility in North America. As a senior GM executive, Bob developed vast experience with lean engineering and manufacturing techniques, leading teams that engineered some of the most successful vehicles in the company’s history. Mr. Kruse was also the Co-Founder and Co-Director of the GM/University of Michigan Advanced Battery Coalition for Drivetrains, a partnership created to accelerate the design and testing of advanced batteries for electric vehicles. Mr. Kruse was later appointed to President Barak Obama’s National Academy of Science Sub Committee on advanced battery technology.

Immediately prior to joining Karma in 2017, Mr. Kruse held several senior executive and board roles at a number of start-up electric vehicle companies, including Qoros, where he served as CTO, launching several new models and creating the Chinese luxury brand’s electrification strategy. During his time at Townsend Capital, Mr. Kruse helped raise $50 million to buy Dow Chemical out of the Dow Kokam JV to form XALT Energy, where he served as interim president.

Mr. Kruse earned a M.S. in Management from the Massachusetts Institute of Technology as a Sloan Fellow, a B.S. in Electrical Engineering from the Missouri University of Science and Technology, and serves on its Engineering Advisory Board.