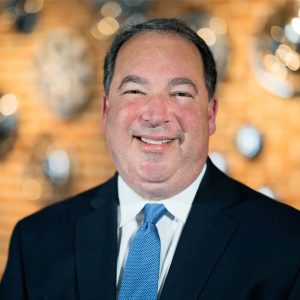 As head of Ford’s global government relations, Bainwol directs engagement with governments in 110 markets around the world where Ford does business.

Prior to leading Ford’s government relations operation, Bainwol served as president and chief executive officer for the Alliance of Automobile Manufacturers. Appointed to the role in 2011, he was responsible for representing automakers from the U.S., Europe and Japan on a range of safety, environmental and technology issues before the U.S. legislative and executive branches as well as state governments.

Bainwol began his career at the U.S. Office of Management and Budget as a budget analyst. In 1985, he joined the office of then U.S. Representative Connie Mack as the congressman’s legislative director. Several years later, he guided the Congressman through a successful run for the U.S. Senate, where Bainwol served as Senator Mack’s chief of staff for nearly a decade.

Bainwol also has held a variety of leadership positions with U.S. Senators and candidates at the federal level, including serving as chief of staff for the Republican National Committee as well as Senate Majority Leader Bill Frist.

In 2003, Bainwol moved to the Recording Industry Association of America, where he served as chairman and chief executive officer. During the next eight years, Bainwol helped the music industry adjust to the new digital world by curbing piracy and protecting intellectual property rights.

Bainwol was born in Munich, where his father was stationed with the U.S. government. He grew up in Germany, Panama, Maryland and Thailand. He holds a bachelor of arts degree in government from Georgetown University as well as a Masters of Business Administration degree from Rice University.  He has been active in a variety of charities and non-profits, including Leadership Music, National Fatherhood Initiative, the Bryce Harlow Foundation and the American Heart Association’s marquee annual fundraiser, Heart’s Delight.