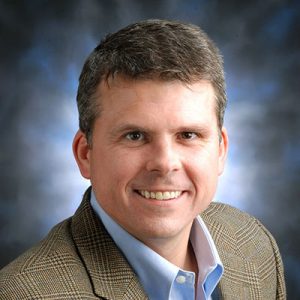 Mike Anderson is executive director of global transmission and electrification hardware engineering.  Previously, he was executive director of global engine hardware engineering.  In these roles, he has been responsible for design, computer-aided engineering (CAE), advanced engineering, race engines, development & validation, and component release in GM’s Global Propulsion Systems organization.  Prior to these positions, he was global chief engineer and program manager of large four-cylinder gas engines, including the 2.0L turbo in the Cadillac ATS, CTS, & CT6, and was responsible for implementing intake valve lift control technology.

Mr. Anderson began his career with General Motors at Advanced Engineering Staff in 1991.  He has held numerous positions over the past 27 years including director of engine development & validation, engineering group manager of cylinder heads & gaskets, and manager of computational fluid dynamics (CFD) & performance analysis.

Mr. Anderson earned his bachelor of science degree in mechanical engineering from Purdue University, and a master of science degree in mechanical engineering from the University of Michigan.  He holds a patent on a methodology for determining the instantaneous optimum valve lift of variable lift valve actuation systems, and has published papers on the Miller Cycle, lean stratified direct injection, and continuously variable transmissions.  He has also been an instructor in the SAE Spark Ignition Engine Technology Engineering Academy, and at the University of Michigan in the Integrated Vehicle System Design class.  Additionally, he is a past recipient of the SAE Max Bentele Award for Engine Technology Innovation, and the William Mirsky Memorial Award for outstanding graduate-level research work at the University of Michigan.