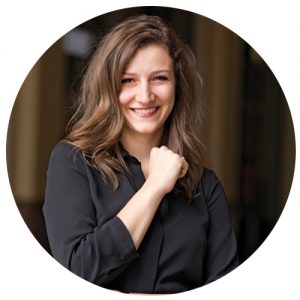 Jordan Davis is the Director of Smart Columbus for the Columbus Partnership leading strategy and public-private partnerships for the Central Ohio region’s $550 million smart cities initiative.  She was instrumental in Columbus becoming the sole winner of the U.S. Department of Transportation’s Smart Cities Challenge in 2016 and since has managed the upstart of a new joint venture for the region focused on realizing a connected, autonomous, shared, and electric transportation ecosystem that improves people’s lives.  Jordan oversees an aggressive electric vehicle adoption program, shared mobility growth plan, autonomous vehicle deployment, and a dynamic corporate engagement portfolio.

Previously she led member and community affairs for the Columbus Partnership, CEO organization representing the largest employers in Central Ohio focused on improving the economic prosperity for the region.  In that role she drove the thought leadership agenda for the region’s business community and advanced community impact initiatives.  One of which was the formation of Columbus’ Student Engagement Strategy, a first of its kind initiative focused on retaining Ohio State students post-graduation with innovative programming and community engagement.

In the community, Jordan is Co-founder of the Central Ohio Leadership Academy and member of the board for Columbus School for Girls.