Dixon and Carol Doll Executive Director of the Center for Entrepreneurship 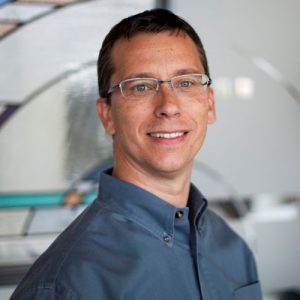 As the Dixon and Carol Doll Executive Director of the Center for Entrepreneurship, Mr. Fay focuses his efforts on facilitating and inspiring entrepreneurship and innovation in the PhDs, PostDocs, and Faculty at the University of Michigan.  He assists the researchers throughout the project lifecycle including concept creation and business model generation.  As a part of this work, he currently manages the nationally acclaimed NSF Innovation-Corps program (NSF I-Corps) at U-M and as well as manages statewide innovation education programs for the Michigan Economic Development Corporation.

Mr. Fay came to the University of Michigan as a veteran startup executive from the medical device industry. He has lead the development, regulatory approval and launch of first-of-kind medical products ranging from infant hearing screening, to asthma diagnostics, to hearing devices.  Most recently, Mr. Fay was the COO/CTO of EarLens Corporation.  His responsibilities included all R&D, operations, clinical and regulatory activities.  Mr. Fay particularly enjoys the early phases of product development, including building the initial cross disciplinary R&D team, obtaining IDE approval and running the first-in-man clinical trials.  In addition to his operational role, he was instrumental in raising capital from a variety of sources including SBIRs, angels, strategic partners, and VCs.  Prior to EarLens, Mr. Fay was a senior member of the core team that developed Apieron Biosystem’s exhaled nitric oxide asthma monitoring device. Before coming to Apeiron, Mr. Fay worked at Natus Medical Inc. where he managed the development and release of the Algo3i Infant Hearing Screener into the European market. Mr. Fay has over 12 patents and received his PhD in Biomechanics from Stanford.