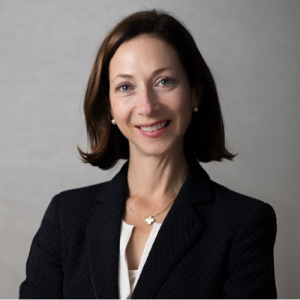 Elaine Buckberg is Chief Economist of General Motors. She is responsible for assessing the impact of worldwide economic developments on the corporation, and for providing advice on various competitive and economic policy issues.  She also heads long-term forecasting of auto segments and vehicles.

Immediately prior to joining GM, she was a Principal at The Brattle Group, a global economic consultancy.  Previously, Elaine served as Deputy Assistant Secretary for Policy Coordination in the U.S. Treasury Department’s Office of Economic Policy. She also worked at NERA Economic Consulting, where she was a Senior Vice President as well as a member of the firm’s Board of Directors and the Chair of the Strategy Committee. Elaine began her career as an economist at the International Monetary Fund and worked in currency strategy and risk management at Morgan Stanley.

Elaine holds a Ph.D. in Economics from the Massachusetts Institute of Technology and a B.A. in Economics and English  from Yale University.