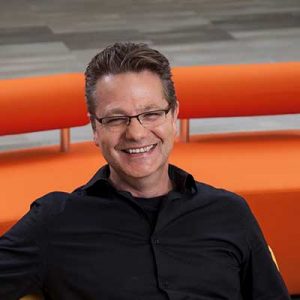 Prior to this position, Dr. Sierhuis spent 12 years at NASA where he created a computer language that was used to develop an intelligent system for all communication between Mission Control and the International Space Station. He also developed an autonomous system to monitor and give advice to astronauts during spacewalks.

Dr. Sierhuis joined Nissan in 2013. In a career in research and software engineering spanning 25 years, Dr. Sierhuis has also worked at Xerox Palo Alto Research Center, NYNEX Science & Technology, IBM Corporation, and as a founder of startup Ejenta, as well as a visiting professor and fellow with the Interactive Intelligence group Delft University of Technology in the Netherlands.

Dr. Sierhuis earned a bachelor degree in Computer Science from The Hague University and a Ph.D. in Artificial Intelligence/Cognitive Science from the University of Amsterdam, The Netherlands. He is based in Sunnyvale, California.