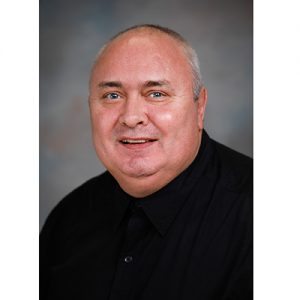 Dr. Smyth began his career with GM in 1989 as a senior project engineer with GM Advanced Product Engineering in Warren, Michigan. He held numerous positions in the Advanced Powertrain organization and was named Engineering Director, Advanced Propulsion System Controls in 1999, with responsibilities including advanced diesel and advanced emission development. In September 2004, he transferred to GM R&D as Director, Powertrain Systems Research Lab, where his responsibilities included directing all research and development globally for conventional and hybridized propulsion systems. In June 2010, Smyth was promoted to Executive Director, North American Science Labs, GM Global Research and Development.  In 2012, he assumed Global responsibility for the R&D Labs.

A native of Northern Ireland, Dr. Smyth attended The Queen’s University of Belfast (QUB). He studied Mechanical Engineering and received a B.Sc. in 1985 and a Ph.D. in 1991. He is an active member of SAE International, and was a founding member of the Executive Leadership Team for the SAE North American International Powertrain Conference (NAIPC) from 2005 to 2015. Dr. Smyth serves on numerous Advisory Boards for universities / National Labs and is a Governor’s appointed member of the Michigan Council on Future Mobility. He has served on the Board of Directors for both HRL (formerly Hughes Research Labs) and the Intelligent Transportation Society of America (ITSA).