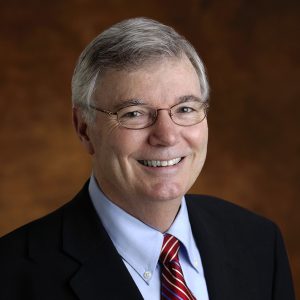 Dennis Cuneo is the managing partner of the Washington D.C. office of Fisher & Phillips LLP and operates his own consulting firm, D.C. Strategic Advisors LLC. He was formerly senior vice president of Toyota Motor North America, where he played a key role in the launch of Toyota’s manufacturing operations in North America. He has continued to serve as an advisor to Toyota since he left the company in 2006.

Mr. Cuneo sits on the boards of two Fortune 500 companies, AK Steel and BorgWarner, and is also on the boards of the Center for Automotive Research, Loyola University in New Orleans, and the Toyota Technological Institute at Chicago. He is a member of the Visiting Committee of the University of Chicago’s Physical Science Division and serves on the advisory boards of two Silicon Valley firms in the nanotechnology and solar fields.

Mr. Cuneo was previously board chair of the Federal Reserve branch in Cincinnati, held gubernatorial appointments in California, Kentucky and Mississippi, and was an attorney in the U.S. Department of Justice. He also served on the board of the National Association of Manufacturers and chaired its Human Resources Policy Group.

Mr. Cuneo holds a B.S. degree from Gannon University, an M.B.A. from Kent State University and a J.D. degree from Loyola University. He was also awarded an honorary doctorate from the Rose Hulman Institute of Technology.