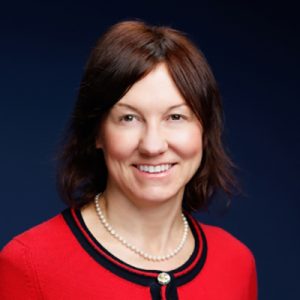 Christine McDaniel is a Senior Research Fellow at the Mercatus Center. Her research focuses on international trade, globalization, and intellectual property rights.

Ms. McDaniel previously worked at Sidley Austin, LLP, a global law firm, where she was a senior economist. She has held several positions in the U.S. government, including Deputy Assistant Secretary at the Treasury Department and senior trade economist in the White House Council of Economic Advisers, and has worked in the economic offices of the U.S. Department of Commerce, U.S. Trade Representative, and U.S. International Trade Commission.

Ms. McDaniel has written for the Wall Street Journal, Politico, The Hill, and Forbes, among others, and her media appearances include CNBC, CBC, Bloomberg, and MSNBC.

Ms. McDaniel spent three years in Australia as deputy chief economist in Australia’s patent office. She has published in the areas of international trade, intellectual property, and empirical trade analysis and modeling. She holds a Ph.D. in Economics from the University of Colorado, and received her B.A. in Economics and Japanese Studies from the University of Illinois at Urbana-Champaign.