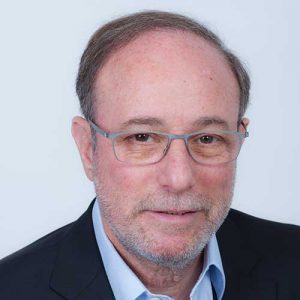 Ami has been Karamba Security’s co-founder and CEO since its inception in early 2016, helping the company become the world leader in automotive cybersecurity with world renowned OEMs and Tier-1s from Asia, Europe and US. Prior to co-founding Karamba, Ami was an early-stage, hands-on VC investor for 18 years, establishing the “start-up nation” VC eco-system by personally supporting global technology growth for 12 companies, including 6 IPOs (two unicorns) and 4 M&As.

Before his VC career, Ami managed researchers and R&D departments at Rafael Advanced Defense Systems – Israel’s MOD Research and Development Center – where he led the development of state-of-the-art technologies and systems. In his last role, Ami was VP of Strategy at Rafael. Ami has a B.Sc.EE from the Polytechnic Institute of Brooklyn (NYU) and an MBA from LIU.