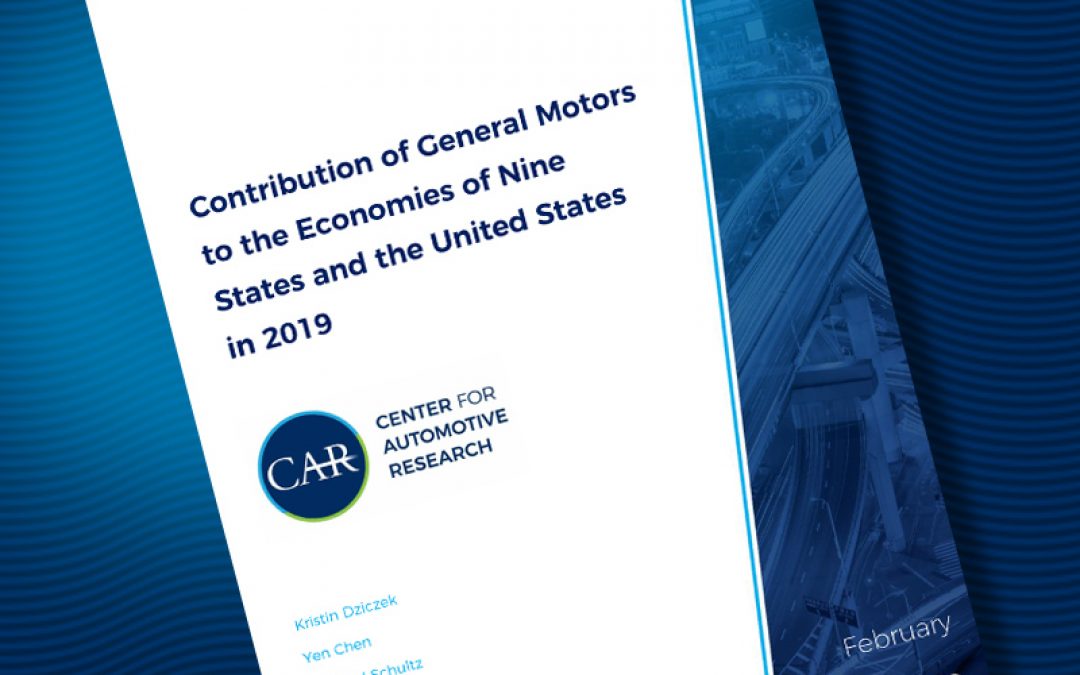 This study estimates the employment and economic contribution of General Motors’ United States operations to the United States economy and the economies of the nine states in which GM has significant manufacturing operations in 2019. CAR’s estimates demonstrate that...

The U.S. Department of Commerce is currently investigating whether U.S. automobiles and automotive parts constitute a national security threat under Section 232 of the Trade Expansion Act of 1962, as amended. The Center for Automotive Research (CAR) estimates that...

NAFTA Briefing: Trade benefits to the automotive industry and potential consequences of withdrawal from the agreement

This briefing outlines the benefits of NAFTA to the automotive industry, consumers, and the economy as a whole, as well as the potential consequences of unilateral withdraw by the U.S.

This report estimates the economic and financial contributions of U.S. light truck sales and production, and discusses the regulatory challenges facing the 11 manufacturers who produce light trucks in the United States.

The Potential Effects of the 2017-2025 EPA/NHTSA GHG/Fuel Economy Mandates on the U.S. Economy

The Growing Role of Mexico in the North American Automotive Industry – Trends, Drivers and Forecasts

Mexican auto assembly capacity is projected to more than double between 2010 and 2020. This rapid growth is fuel by the investment infusion of $13.3 billion to move 3.3 million units of vehicle capacity from Japan, Germany, and South Korea to Mexico. This report highlights North American vehicle production trends, and demonstrates that while automakers and suppliers are attracted by Mexico’s low labor rates, there are many other factors behind Mexico’s North American automotive industry growth.