Presidential Policy Priorities That Will Impact the Automotive Industry 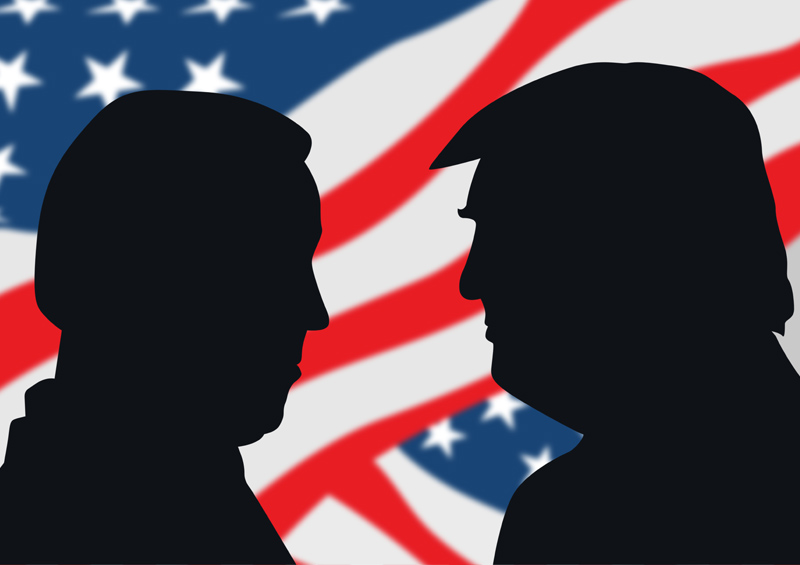 The election is just a few weeks away, and many folks are looking ahead to 2021 and what policy priorities in a second Trump term or a Biden presidency would mean for the automotive industry. Three main policy areas are important to autos: the health of the economy, trade policy, and regulations.

The top economic priority of either a Trump or Biden presidency must be getting the COVID-19 pandemic under control and supporting the U.S. economic recovery. Both candidates support accelerated vaccine development, rebuilding the country’s ability to make critical medications and personal protective equipment, and getting direct aid to individuals and businesses impacted by the virus. The approaches are somewhat different, however. President Trump opposes significant federal assistance to state and local governments—which has stymied recent attempts to pass a recovery spending bill. Biden’s plan is more in-line with Congressional Democrats’ priorities and includes a larger overall spending target (including significant direct aid to states and local governments) than the current Administration is seeking. Since Democrats are expected to maintain control of the House and may regain control of the Senate in 2021, many Democratic spending priorities could win out as part of an economic assistance package in early 2021, regardless of the presidential election outcome.

There are few details available on President Trump’s latest 10-year USD 2 trillion infrastructure plan. Previous iterations of his plan, however, include funding for traditional roads and bridges, rehabilitating existing rail, building 5G networks, and expanding rural broadband—and require greater state and local government cost share while offering more local control over how the funds are spent. The Trump plan cites historic low borrowing rates due to the pandemic as a way to make this significant spending bill more affordable. Vice President Biden’s USD 1.3 trillion infrastructure plan has an explicit goal to move to net-zero greenhouse gas (GHG) emissions, and includes plans related to strengthening the electrical grid and building EV charging networks in addition to roads, bridges, rail, 5G, and rural broadband. Biden plans to fund his infrastructure spending by reversing some of the Trump tax cuts on corporations and higher-income individuals.

Nearly every new administration tackles tax policy as one of its first orders of business, as President Trump did when he worked with a Republican Congress to cut corporate, individual, and estate taxes in his Tax Cuts and Jobs Act of 2017. President Trump has subsequently issued a memorandum that defers payroll tax obligations (taxes that fund Medicare and Social Security) for Q4 2020 in light of the COVID-19 pandemic. In his second term, Trump has pledged to make the payroll tax deferral permanent, make further cuts to the capital gains top rate, extend his 2017 tax cuts that are currently set to expire in 2025, implement tax credits for reshoring, and allow 100 percent expensing deductions for “essential industries like pharmaceuticals and robotics” that grow jobs in the United States.

Vice President Biden has also pledged to incentivize “made in the USA” and reshoring through a 10 percent tax credit for companies that create U.S. jobs. As mentioned above, Biden also plans to overturn several Trump tax policies to raise revenue not only for infrastructure spending, but also for broader government programs such as education and health care. Biden would raise the top rate for individuals back to 39.6 percent (from the current 37 percent) and the top corporate income tax rate to 28 percent (from the current 21 percent). The non-profit Tax Policy Center estimates that 75 percent of the Biden tax hikes will be borne by those in the top 1 percent income bracket.

President Trump has broken with the Republican party’s past support for free trade, has implemented tariffs and other protectionist measures with the aim of reshoring U.S. jobs, and has blocked the World Trade Organization (WTO) from functioning to enforce violations of global rules-based trading system. Biden has supported trade liberalization in the past—but with special provisions for labor and environmental standards. The Vice President has criticized President Trump’s tariffs as ineffective tools to increase U.S. jobs and investment. Both Trump and Biden single out China as a global trade violator, but while Trump has sought bi-lateral deals with Beijing, Biden plans to take a multilateral approach to balancing China’s economic power through more vigorous enforcement of existing trading rules and support for the WTO.

Similarly, Biden has said he would strictly enforce provisions of the United States-Mexico-Canada Agreement (USMCA) that entered into force on 1 July 2020. A second-term Trump Administration or a Biden Administration are not expected to make significant changes to the USMCA during the next four years.

There are fundamental differences between President Trump and Vice President Biden when it comes to regulatory policy. Trump sees regulations as barriers to economic growth, while Biden supports the use of regulations to achieve his broader goals, especially the goal of combatting climate change. Automakers also expect the next Administration will take up fuel economy and GHG rules for model years 2026 and beyond during the next four years.

The Trump Administration has touted its Safer Affordable Fuel Efficient (SAFE) Vehicles Final Rule as striking a better balance to protect the environment and set “reasonable targets” for the automotive industry. A second Trump term would likely bring more of the same approach to fuel economy and GHG regulation, as well as continuing the court challenge to California’s Clean Air Act waiver that allows the state to regulate GHG. Biden, on the other hand, has committed to rejoin the Paris Accords and put in place policies that would bring the United States to net-zero emissions by 2050. Biden’s plan includes USD 2 trillion for clean energy initiatives—including setting higher fuel-economy standards and committing the federal government to purchasing zero-emissions vehicles. Biden would likely withdraw the U.S. challenge to the California air quality waiver that is pending review in federal court, and also plans to expand EV purchase incentives and to build a network of 500,000 EV charging units by 2030.

Election 2020: How Trump and Biden Compare on the Key Issues

Where Biden and Trump Stand on Key Issues

Biden Vs. Trump: How Biden Would Change the Automotive Market