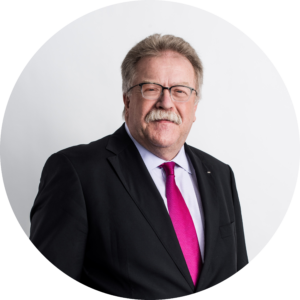 Reinhard Fischer, Senior Vice President, Volkswagen Group of America, leads strategy for Volkswagen in North America. He reports to Scott Keogh, President and Chief Executive Officer of Volkswagen Group of America and the Volkswagen brand’s North American region. Mr. Fischer has held several leadership roles in areas such as network development, sales operations, and brand strategy. He joined VW Group in 2018 after 16 years with Audi of America, where he most recently served as Vice President and Chief Digital Officer. He started his automotive career with BMW as an industrial engineer. Mr. Fischer then moved to the company’s US sales subsidiary, where he specialized in supply-chain planning. At one point, he also managed a multi-franchise dealership in Columbus, Ohio, that included Audi and BMW. Mr. Fischer holds a master’s degree from Universitaet Karlsruhe.

MBS 2022 Panelist: Now That We Are All in on BEVs, Who Makes What? Perspectives on Shifting Technologies, Roles, and Responsibilities – Part I and II