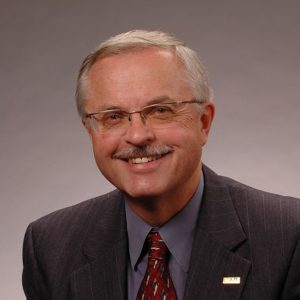 David E. Cole is the Chairman Emeritus of the Center for Automotive Research (CAR) in Ann Arbor, Michigan and Chairman of Auto Harvest and Chair of Building America’s Tomorrow (BAT).  He was formerly Director of the Office for the Study of Automotive Transportation (OSAT) at the University of Michigan Transportation Research Institute and an engineering professor at the University of Michigan.

Dr. Cole’s recent research has focused on strategic issues related to the restructuring of the international industry and trends in globalization, technology, market factors, and human resource requirements. He is chairman of Auto Harvest, a new organization being developed to facilitate the flow of intellectual property in and out of the auto industry. BAT is aimed at helping recruit K-12 students to pursue careers related to manufacturing.

Dr. Cole is active in SAE, including serving two terms on the Board of Directors.  In February 1986, he was named a fellow of SAE.  He is also active in the Engineering Society of Detroit and was elected to fellow status in 1990.  In 2000, he received the Engineering Society’s highest award, the Horace H. Rackham medal. He is also a member of the Society of Manufacturing Engineers and was elected to fellow grade in 2009.  He was elected to the Automotive Hall of Fame in 2014.

Dr. Cole received his B.S.M.E. and Mathematics, M.S.M.E. and Ph.D. from the University of Michigan and recently received an honorary doctorate from Cleary University.