Overview and Implications of New CAFE Standards and Penalties 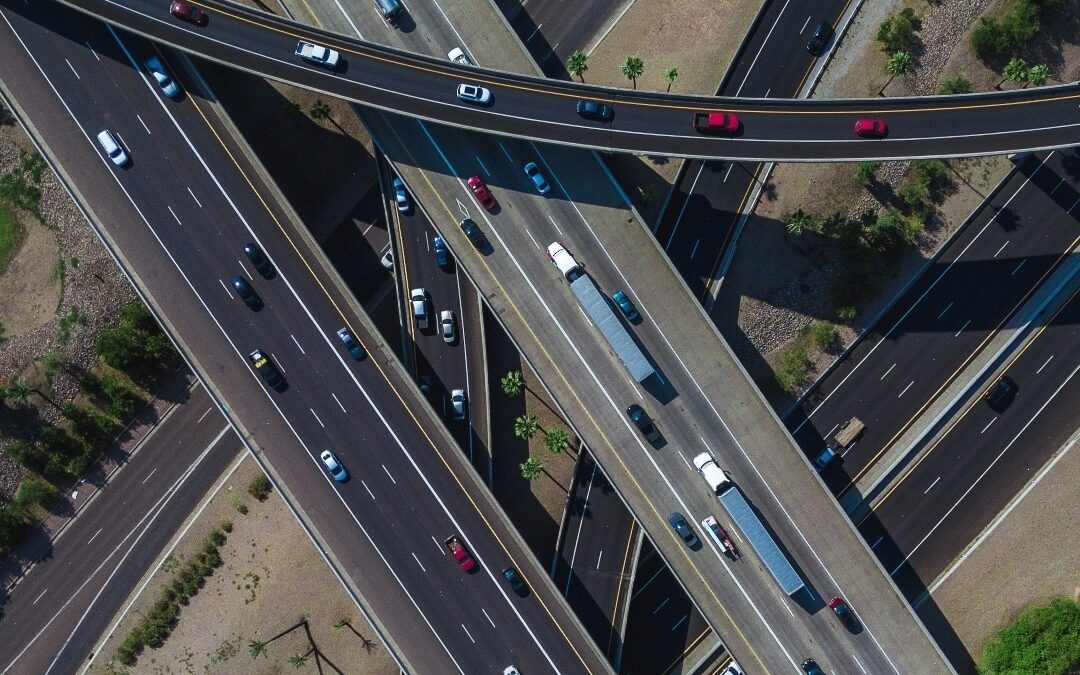 On Friday, April 1, 2022, Transportation Secretary Pete Buttigieg unveiled new CAFE (Corporate Average Fuel Economy) standards for 2024-2026 model year passenger cars and light-duty trucks. These new standards will require new vehicles sold in the US to average at least 40 miles per gallon. This change comes at nearly a 43% increase from the previous standard of approximately 28 mpg, undoing the Trump Administration’s rollback of Obama-era standards in 2020. For model years 2024-2025, the new standards will increase fuel efficiency annually by 8% and 10% annually for model year 2026.

The announcements come at a time when consumers in the US are paying record-high prices at the fuel pump as a consequence of the ongoing war in Ukraine. The NHTSA press release notes that under the new standards, fuel consumption will decrease fuel use by over 250 billion gallons through the year 2050 compared to sustaining the previous Trump-era standards. Less reliance on foreign oil, consumer savings on gas, and reduced emissions were also emphasized in the announcement as an advantage of stronger standards. Officials highlighted that carbon emissions would be reduced by 2.5 billion metric tons and estimated that consumers could save almost $1,400 in fuel expenses over the lifetime of a 2029 model vehicle under new rules. However, it is also estimated that the new regulations will likely drive up the cost of new vehicles by nearly the same amount.

Relatedly, NHTSA announced earlier in the week tougher fines for automakers not meeting CAFE standards for model years 2019-2022. The penalties for model years 2019-2021 increased from $5.50 to $14 for every 0.1 mpg that new vehicles fail to meet, multiplied by the number of new vehicles sold that do not meet the standards. The fine for 2022 model year vehicles increased to $15. Significantly, this is the first increase since 1997, when the penalty increased from $5 to $5.50. Some automakers will be impacted by tougher fines more than others. Most auto manufacturers have improved or maintained estimated real-world fuel economy over the last five years, as shown in Figure 1. 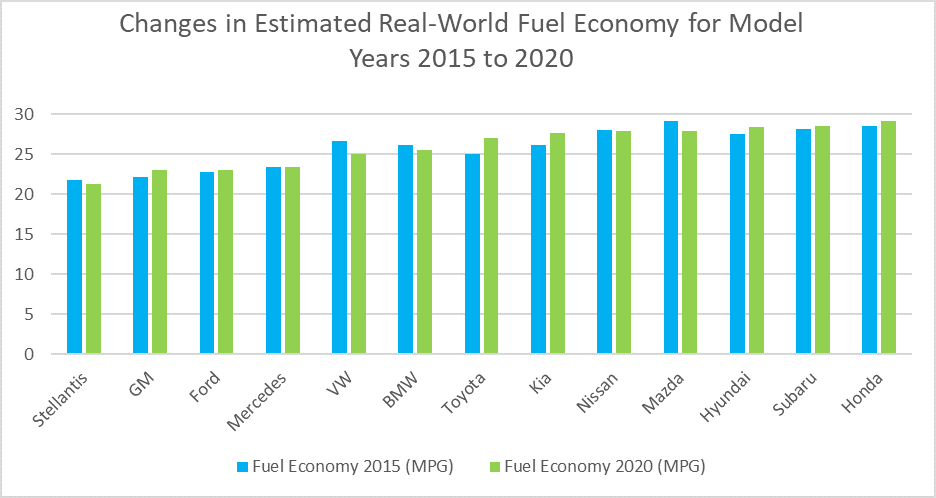 These new stringent rules and fines align with the Biden Administration’s efforts to combat climate change and come as a win for EV makers while pushing automakers to adopt and invest in more EV technology. While most vehicle manufacturers support more stringent regulations, government support to encourage consumer adoption of advanced propulsion technologies will be essential. In late 2021, in talking about the EPA GHG regulation, Alliance for Automotive Innovation CEO John Bozzella stated, “Achieving the goals of this final rule will undoubtedly require enactment of supportive governmental policies – including consumer incentives, substantial infrastructure growth, fleet requirements, and support for US manufacturing and supply chain development.” The NHTSA CAFE regulation will likewise require a coordinated effort by the government and industry.

Earlier this year, CAR analyzed the impact of CAFE trends on EV adoption in the US; specifically, the role electrified light-duty trucks will play in the mass expansion of BEVs in the market. CAR researchers will continue to evaluate how fuel economy rules and other sustainability-driven initiatives will impact automakers, consumers, and EV technology trends. 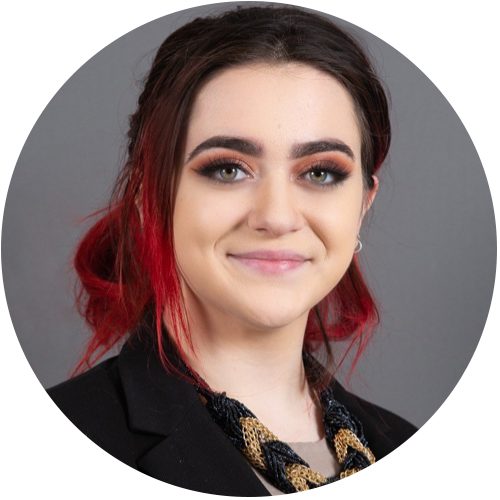