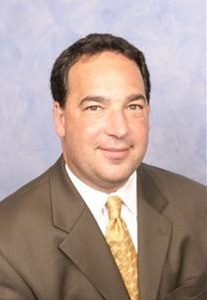 Mr. Bainwol joined the Alliance in September 2012 and is a strong advocate of automobility, manufacturing, and auto industry jobs. “Autos drive America. We depend on cars for everything, from getting to work to going on family vacations; autos simply are interwoven in the fabric of American life. When you think about it, just about every car trip ends with either an economic transaction or some other benefit,” said Bainwol. “There’s a core belief that the destiny of this industry and the destiny of this country are linked, that we must have a vibrant manufacturing sector. There’s no more important component to a vibrant manufacturing sector than the making of automobiles.”

Mr. Bainwol previously served as president and CEO of the Recording Industry Association of America (RIAA), which represents the nation’s major music labels. He joined the recording industry after a 25-year long career in federal policymaking and politics. During his Capitol Hill time, Mr. Bainwol was chief of staff to two United States Senators, two political committees, and several Senate leadership offices. He is also widely recognized for his campaign capabilities. He began his career as a budget analyst in President Ronald Reagan’s Office of Management and Budget (OMB).